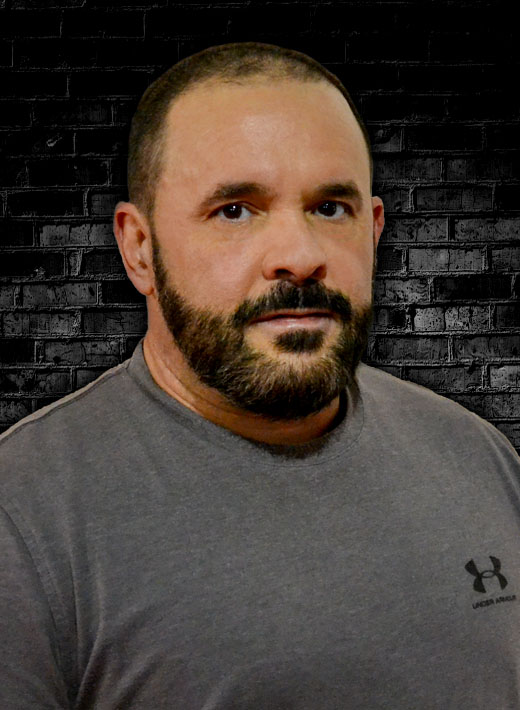 At an early age, Don trained in boxing at the Polk Street Community Boxing program in Hollywood, Florida. He began martial arts training in 2010, training in Brazilian Jiu-Jitsu under Professor Geoff Balme, Wayne Spinola, and Neal Weaver, and earned his blue belt in BJJ in 2013.  While at TFTC, Don also trained in kickboxing under Neal Weaver and Chad Boykin.

Don fell in love with the sport of kickboxing and attended every seminar and clinic he could find.  Don currently trains in Muay Thai under Chad Boykin and takes instructor-course training with some of the area’s most recognized and respected Kickboxing and Muay Thai instructors.

In 2016, Don launched Triangle Kickboxing Promotions to give amateur and professional kickboxers a venue to showcase their talent.  As the first kickboxing promoter in NC in more than 13 years, Don worked with the North Carolina Boxing Authority  (NCBA) to create a uniform set of rules & regulations now in use by other kickboxing promotions in the State.  Don continues to work with the NCBA to refine the rules and regulations for the sport of Kickboxing and Muay Thai in North Carolina.  Since his first event in 2016, subsequent shows have grown in size and now showcase some of the best local and regional kickboxing and Muay Thai fighters.

Don is presently an official with the International Kickboxing Federation (IKF) and the International Sport Kickboxing Association (ISKA), and was selected as one of two regional judges for the 2017 and 2018 IKF Worlds Classic in Orlando, Florida.  Don is also the regional professional and amateur Kickboxing/Muay Thai promoter for the IKF, as well as the Raleigh-Durham representative for the IKF Point Kickboxing Tournaments (PKB’s).  He has judged amateur and professional Kickboxing & Mixed Martial Arts (MMA) for the ISKA and has worked on shows such as Friday Night Muay Thai in NYC (live on UFC Fight Pass) and Lou Neglia's Ring of Combat in NYC.

Don’s passion and dedication for the sport of kickboxing is evident whether he is teaching a class, cornering fighters, working with the NCBA to improve competition kickboxing rules & regulations, working as a judge for the IKF or ISKA, or working with amateur and professional fighters as a matchmaker and kickboxing promoter.