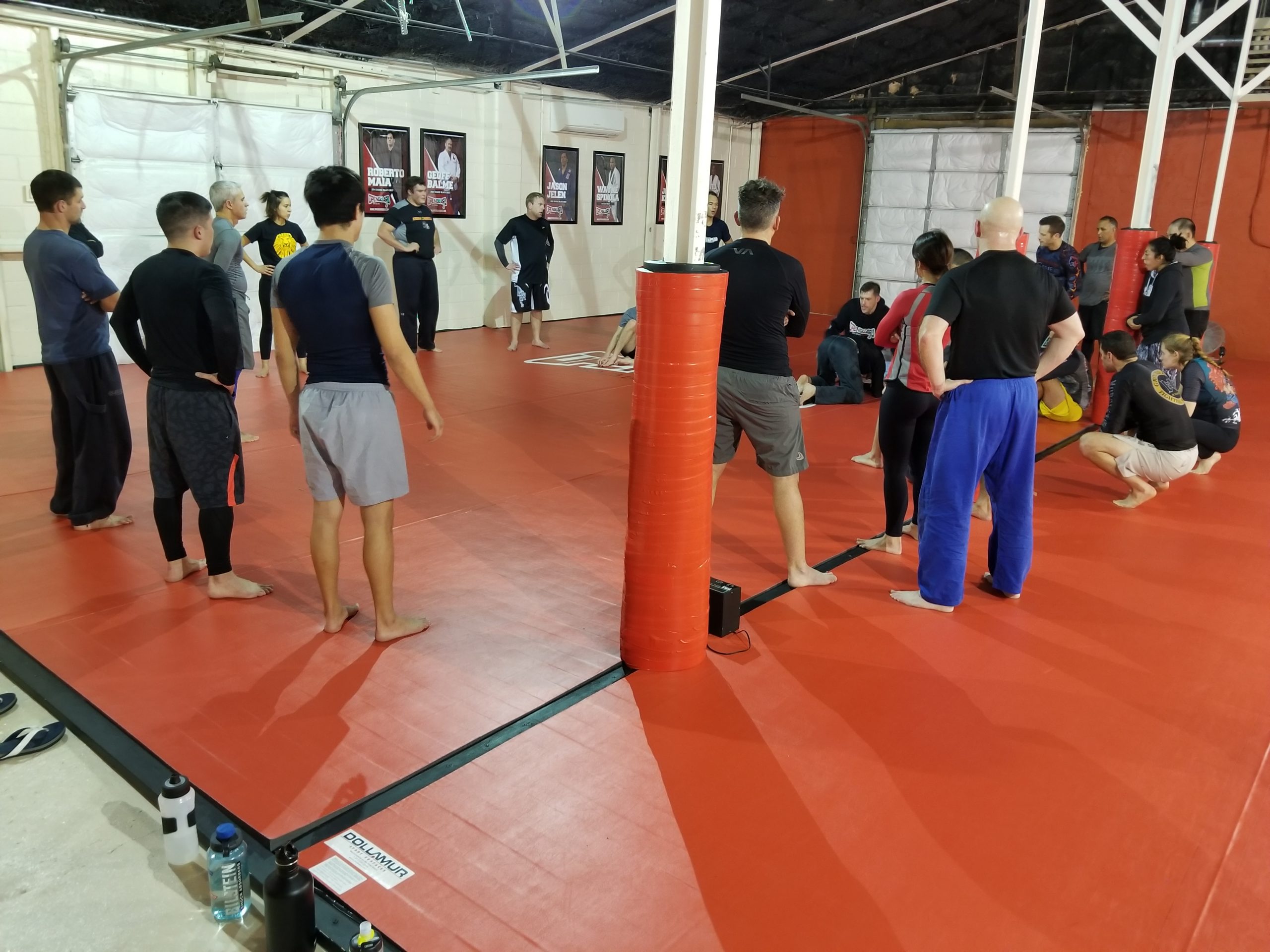 Gi and No Gi are the two forms of Brazilian Jiu-Jitsu.  Gi Jiu-Jitsu is grappling with the use of a traditional Brazilian Jiu-Jitsu uniform or Gi.  It allows you to grab the clothing of your opponent to control or submit them.  In No Gi Jiu-Jitsu, you don't wear the traditional uniform.  Instead, you wear shorts and a t-shirt or rash guard.  In the No Gi form of BJJ, you can't grab your opponent’s clothing to increase leverage.

To be a complete Brazilian Jiu-Jitsu player, you should train in both Gi and No Gi.  Usually, if you start training without the Gi,  you will have a much harder time adapting to the Gi. The Gi, in some ways, is more complex with all the grips and pins but No Gi has many aspects which are not found with the Gi, such as -  brabo chokes, guillotines, and foot and leg locks etc.

In No Gi, there are more wrestling-based grips such as collar ties, wrist grabs and joint controls.  Not surprisingly, it is harder to control an opponent without the Gi as they can slip or power out of many controls, especially when slippery from sweat.  As a result of having less ability to control your opponent with grips, No Gi Jiu-Jitsu is a faster-paced form of grappling.

At Open Guard, our No Gi program is leg-lock based.  Our instructors spend a lot of time developing leg attack entries and submission combinations that are not allowed in traditional Brazilian Jiu-Jitsu.  Come spend some time developing your leg lock attacks and become a complete, well-rounded submission player!

To learn more about our No Gi Jiu-Jitsu program, contact us or stop by today and talk with one of our instructors.